At Least I'm Not That Kind of Sinner

I'm With Doug Wilson on This One

God, I thank thee I am not like really bad sinners. 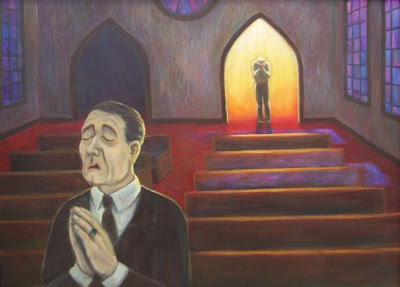 I admit that even before he became as controversial as he is now, I was never a fan of Doug Wilson. I never got on board with his approach to "classical Christian education." I really don't like his brand of patriarchy, though his is not so totally objectionable as that of my bete noire Tim Bayly. I think his ecclesiology is crazy. I think he is wrong on the so-called "federal vision." I think he is smart but quirky. I do like the humor which he injects into his writings.

But, lately he has been taking a lot of heat about a convicted pedophile to whom his church has ministered. He and his elders have issued an open letter on the subject. I do not know the history of the case, nor do I have any knowledge on which to have any opinion about current allegations regarding the person. But that does not have an impact on what I do know.

Here is what I do know: I have read the open letter, and I think that the approach to people guilty of serious sins that he defends is right.

Billy Joe Shaver wrote a song If You Don't Love Jesus Go to Hell. I sometimes get the impression that some Christians would like sinners, especially sexual sinners, even if they are Christians, to go straight to hell without passing go or collecting $200. And, if you don't agree with them about this, you can go to hell, too.

Here are a few excerpts from the open letter:

On the basis of the death and resurrection of Jesus, he (the man) is as welcome as any other sinner is, which is to say, he is very welcome.

...the task of ministering to broken people is one of the central glories of the Christian church. For us, there are two causes of rejoicing in this. The first is that Christ came into the world for the sake of the screwed-up people. “And Jesus answered them, “Those who are well have no need of a physician, but those who are sick” (Luke 5:31, ESV). We refuse to abandon that glory for the sake of our own reputation or convenience. This is the gospel—through Christ God saves sinners. Second, the church is a hospital for sinners, not a rest home for saints which brings us to the second glory. When we minister to people in this kind of desperate condition, there will be others in the grip of bile and bitterness who use the occasion to attack the hospital staff for “supporting and applauding” the diseases the hospital staff is actually laboring to eradicate.

If God were to mark iniquities, no one could stand (Ps. 130:3). All of us would go down before the wrath of God, like grass before the scythe. No one is righteous, not even one (Rom. 3:10). This is the meaning of the Lord’s saying when dealing with the accusers who wanted to stone the woman caught in adultery (John 8:3). When Jesus said that the one without sin should cast the first stone, He did not mean that sin should not be dealt with. It must be dealt with because God dwells in unapproachable holiness (Is. 6:1-3). But it cannot be dealt with by Pharisees with rocks in their hands and anger on their faces. That is the so-called solution of religiosity, filled to the brim with its own moral impotence. In order to deal with our wickedness—and by wickedness, we mean child molestation, child murder, racial enmity, sodomy, slanderous accusation, fornication, adultery, theft, blasphemy, bitterness, disrespect of parents, pornography, hatred, malice, envy, drunkenness, drug abuse, and more—the Son of God had to die on a gibbet.


I wrote what follows four years ago. I thought maybe it deserved a republication:


Mercy, Mercy on Me


Empathy is the ability to feel what another is feeling. It comes from our having had similar experiences and feelings in such a way that we remember and are able to put ourselves in the place of another. If we lack empathy, we may at worst despise others and at best fail to help.

If there is one thing all of us ought to be able to do, it is to put ourselves in the place of sinners and the need for mercy for the simple reason that we ourselves sin and need mercy.

Both the office and the ministry of the Old Testament high priest gave him reason to show mercy to Israelite sinners. According to the writer of Hebrews: “He can deal gently with the ignorant and wayward, since he himself is beset with weakness. Because of this he is obligated to offer sacrifices for his own sins just as he does for those of the people” (Hebrews 5: 2, 3).

Whenever the high priest offered sacrifice, he was called to remember that not only the sinner at the altar needed sacrifice; he too, and no less, needed sacrifice. At the altar especially he should have remembered, not merely that he was sometimes weak, but that he was beset by weakness. Self-knowledge – of one’s sin and need of mercy – plus God knowledge - of his mercy and provision of sacrifice – should add up to gentleness in dealing with other sinners.

Did it? Probably not always, if we are to judge by our own treatment of fellow-sinners. The question that puzzles me about myself and sometimes others is why we don’t deal with fellow sinners as ourselves sinners in need of mercy.

Why? Here are some possibilities:

(1) Sometimes we are hypocrites. The fact that there is not just a splinter but a telephone pole in the eye of another does not mean that we still do not have logs in ours. And, one of the ugliest tendencies of our hypocrisy is that we can be very indignant about the sins of others. We can even persuade ourselves that we are different from them or that our sins are different from theirs.

(2) We can forget our own pasts. Sometimes those who come to faith after a life of profligate sin forget where they once were, especially if they have never slid back. But, we can also forget the sins we have committed as believers, grievous as they can be. We forget that the worst of our sins may be been committed, not as unbelievers, but believers.

(3) We can develop unhealthy expressions of piety that lack the beauty of God’s holiness. We can lose perspective and become hard, cold, prissy, priggish, censorious, judgmental. Our experience can be so insular that we are unable to see these things about ourselves.

(4) We can find it hard to deal with really serious sin, especially if we ourselves are pretty “normal” sinners. There are sins and then there are sins, and the ones of the second category don’t fit into our concept of sins that occur in Christian lives. No Christian will deny the reality of his own sin and need of a Savior, but, if we have seen spared the “big” ones, we may find it difficult to understand other believers who have not. We know in theory we Christians have the seeds of every sin in our own hearts, but we cannot deal with those who prove the theory in practice.

Our evangelical sub-culture is not very good at dealing with the sins that exist among us. We respond with shock, embarrassment, and bafflement to the sins of others. Or, if we are the offenders, we hide and perhaps suffer secret despair all the while fearing discovery while do our best to keep up a good front. There is an unintentional conspiracy of silence, dishonesty, and denial.

We understand when a believer says, “In the past, the good that I wanted to do I did not do, and the evil that I did not want to do I did.” The past tense we can deal with. The present tense, not so much.

When I was a very young minister, I read Calvin as I prepared to preach on Psalm 130. It was one of those things you read or hear and never forget: No sinner will ever come to God unless he is convinced that God is inclined to be merciful to him if he comes. We would do well to remember that about ourselves, too. Sinners are not likely to come to us unless they sense that they will receive mercy.

Jesus had no sin but ours, and suffered nothing but was ours to suffer. Yet, having known the guilt of sin when he was made sin for us, and having experienced the condemnation of sin when he was delivered up for our transgressions, he never fails to show mercy to sinners.

By the way, if you think that writing this reveals that I am a sinner, sometimes unmerciful to others, but always in need of mercy myself, you could not be more right. You saw right through me 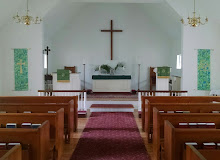